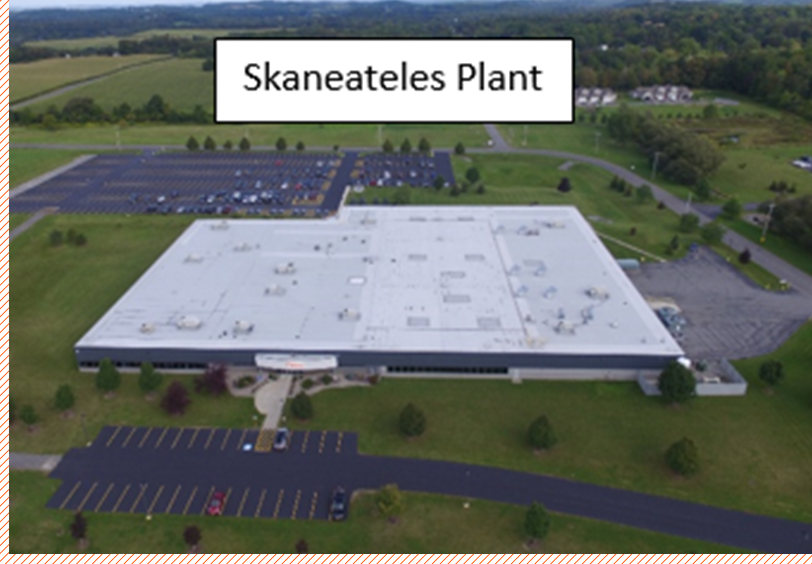 Skaneateles, New York, June 4, 2019— Tessy Plastics Corp. announced their expansion of cleanrooms in two of their manufacturing facilities in Upstate New York. One of the plants is the corporate headquarters located in Skaneateles, NY and the other plant is located in Elbridge, NY.

The decision to expand the cleanrooms in both of these plants is because Tessy was awarded new business, specifically for medical products. Tessy purchased the corporate headquarters office in Skaneateles in 2015 with a proactive approach; “The building has a total of 21,000 square feet of ISO class 8 cleanroom space and we initially planned to use it to produce surgical device components for minimally invasive surgery,” said Joe Raffa Tessy’s Vice President and General Manager.

Tessy decided to expand the cleanroom in Skaneateles by rearranging the layout of the building. They were able to add around 15,000 square feet to the cleanroom. “It has been the plan all along to utilize the entire area. We recently have been awarded new production lines that will utilize about 10% of the newly constructed cleanroom space. After the room is completed, it will be used to produce surgical components for medical devices and for additional programs in the future,” said Raffa. After the renovation is complete, the total cleanroom space in the corporate headquarters building in Skaneateles will be approximately 36,000 square feet.

Tessy has five manufacturing plants in Upstate New York and their business is fifty percent medical business and fifty percent consumer business. Tessy’s Elbridge facility has three of those plants located all on the same site. The original Tessy plant in Elbridge is known as the “East plant”. The East plant hosts both medical and consumer business. Tessy’s second plant, located right next door, is known as the “West plant”. The West plant hosts the majority of Tessy’s medical business. Lastly, located right behind the West plant, is what is known as the “South plant”. The South plant accommodates a large portion of Tessy’s consumer business. The decision to expand the cleanroom space in the East plant is to service incoming programs. The majority of Tessy’s medical business currently resides in the West plant. Raffa states, “We are shifting a portion of our current medical customers that are in the West plant to the new cleanroom in the East plant right next door for new programs and future business opportunities.” The total cleanroom space in the East plant after renovations will be approximately 15,000 square feet.

Tessy is growing rapidly and expects to take on more programs in the near future. By the end of 2019, Tessy will have three plants that will be of use for medical business. Tessy Plastics President, Roland Beck, proudly states, “We are excited to see the buildings evolve as we take on new customers and new projects. We look forward to what the future brings. With renovating the two plants, we will have nearly 135,000 square feet of cleanroom space company wide.”

Founded in 1973, Tessy Plastics is a global contract manufacturer headquartered in Skaneateles, NY, specializing in injection molding and custom automated assembly solutions. Through comprehensive engineering and research & development, they provide their customers with the highest level of quality. Contributing to both Medical and Consumer markets allows Tessy to leverage their expertise over a wide range of products. Tessy Plastics takes pride in providing solutions for difficult challenges.

Any cookies that may not be particularly necessary for the website to function and is used specifically to collect user personal data via analytics, ads, other embedded contents are termed as non-necessary cookies. It is mandatory to procure user consent prior to running these cookies on your website.